When I first read about ‘Santa Cam’, it was marketed as a fun way to encourage good behaviour from our children. And let’s be honest, raising children is hard work. They need lots of care, supervision, support, and they don’t always behave in the way we would like them to. So as parents, we often look for easy options to encourage good behaviour and if everyone else is doing it, its socially acceptable and must be okay, right?

But something about it has always felt a little bit wrong, and well, creepy. We were gifted one recently, which prompted me to look deeper into how I feel about the ‘Santa Cam’

Santa cam feeds directly into the whole naughty/nice list and the idea that you have to be ‘good’ to receive presents. Just buying this device asks parents to buy into the general idea that children need to ‘behave’ in order to receive Christmas presents.

‘He knows if you have been bad or good, so be good for goodness sake’

Labels are everywhere, but as humans, we are so much more than labels. Children who are labelled assume that label as part of their identity. As children are developing and discovering their abilities and talents, they start to believe their talents are unchangeable. Rather than understanding the value of practice and hard work, they can be easily discouraged and believe, I can’t do it. Labelling a child as ‘naughty’ can have lasting implications. 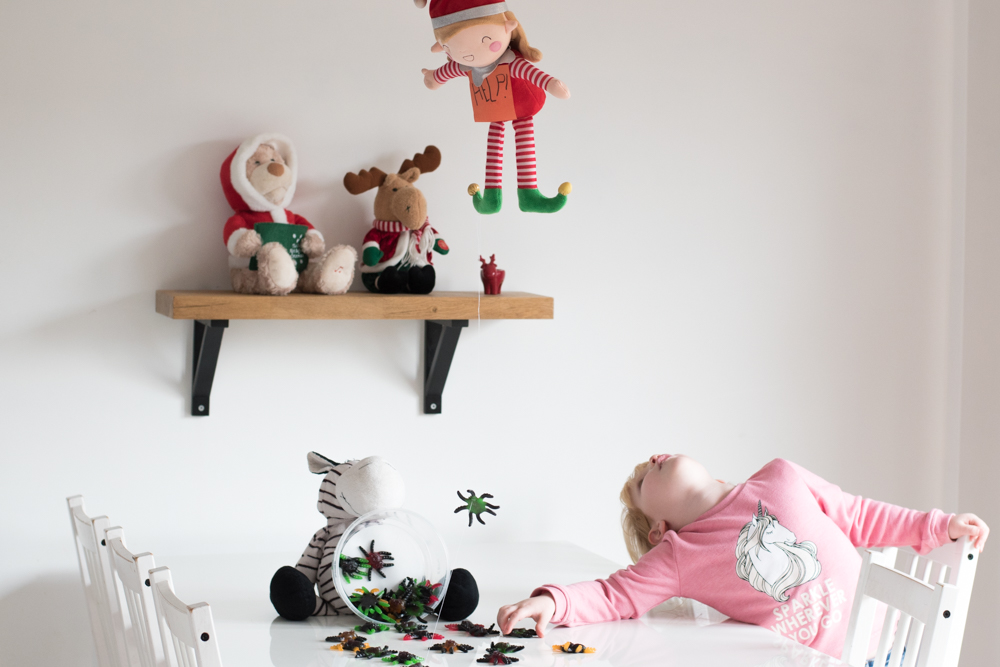 ‘Good’ isn’t defined – and is an impossible standard of behaviour.

Being good is generally defined as obeying your parents, but each parent has different expectations and its a rather vague description at best. If a child who is kind and gentle, refuses to eat their broccoli when a parent has asked, because it’s too ‘green’, are they ‘naughty’?

It doesn’t give them much room for human error. As an adult who has been on this planet a whole 32 years, I still make mistakes and lots of them. Humans are forgetful, motivated by lots of different things and children especially are lead by impulse.

It doesn’t work for 11 months of the year.

Short-term results seen are based on fear & disappointment. It’s an extrinsic motivation.  It’s doesn’t change a child’s beliefs or drives, and when you remove the reward, you also remove the incentive for good behaviour, and this may undermine attempts at other times of the year to manage their child’s behaviour.

It rewards compliance through manipulation, fear and threatening.

By rewarding compliance, we are raising children who don’t question.  It doesn’t teach a child “right from wrong” or help them to develop morals. We want our children to be able to analyse a situation and respond accordingly. Teenagers who are compliant without question, for example, may be at increased risk of peer-pressure.

I am a huge fan of natural consequences when they work properly. But I am (thankfully) yet to hear of a parent withholding all Christmas presents because a child hasn’t been ‘good’. It’s not sensible to implement something if you have no intention on following through. And if a child does behave badly, and still receives presents, it teaches them to doubt?

The thought of being watched 24/7 by ultimately a complete stranger is a bit unnerving, isn’t it? If someone told me that an unknown entity was watching my every move, day and night, I would be a little unhappy and I would probably find it hard to relax. Children have enough pressure on their shoulders in today’s world without the need to feel like their movements are being watched. Its an invasion of privacy, and it’s a bit creepy, no?

We want our children to be able to make reasonable and informed decisions based on the circumstances because they know right from wrong and are kind and respectful. We don’t want to teach them to be compliant, in order to receive a reward. Children aren’t inherently bad, they need to make mistakes and often they are just learning and growing.

And so, while on the surface its marketed as just a bit of fun – we won’t be having a ‘Santa Cam’ in our home. Will you?

Santa Claus Syndrome – the hidden effects of lying to our children at Christmas– Lawful Rebel
Is telling our children Santa is real damaging their mental health? – Blastingnews.com
Why labelling children is harmful – Digital Journal
6 reasons to stop labeling kids – Sleeping Should Be Easy